The topic of the hour. Cryptocurrencies.

What are they, where did they come from and why is everyone so excited about them? And how are people getting rich with them?

This is the first article in my beginners guide to crypto, where I’ll try to cover everything from the beginning to the end about cryptocurrencies so you can get started yourelf.

So let’s start with the main question:

Cryptogrphy back in the day known simply as the encryption. Cryptography is a process in which your text or data gets encrypted to provide you with a secure communication with the other party.

So basically cryptography is a way to hide messages and data from unauthorised parties. Meaning, if you sent a message to someone it gets encrypted and only the person with the encryption key can access it.

We all know what a currency is.

So if you combine the two you get a cryptocurrency. A digital form of money. It’s encrypted, it’s decentrilized, it’s secure. It’s better than real money in every single way.

Cryptocurrencies are built on something called the blockchain.

The way current banking system work is: let’s say you send $100 to a friend, your bank recieves and records that transaction in their ledger and if you have the right amount of money in your bank account the bank proceeds with the transaction and sends the money to your friend for a fee of course.

The way blockchain works is: let’s take the same example here, you send $100 worth of whatever cryptocurrency you use, the blockchain records a transaction and creates a new block for it, if the transaction is confirmed it gets listed on the blockchain and your friend recieves the money. It’s much quicker and much cheaper than traditional banking.

Blockchain allows its users to eliminate the 3rd party in a transaction, 3rd party meaning the bank. So basically you send the money straight to whoever you want without any 3rd party, so this sort of transaction don’t require days to and huge fees to transfer your funds, they usualy take a few minutes, even seconds.

Bitcoin was the first ever successful cryptocurrency that was created back in 2009. Since then 1000s of new currencies were created.

Because bitcoin was the first and the original currency that was created any other currency that came up since than was considered a bitcoin alternate, that’s where the name “altcoins” came from.

Most of the altcoins that are now created are built on the framework provided by bitcoin. Which means that most of those coins are bitcoin with mainor changes.

Some improve the transaction speed, some lower the fees, some change the mining process, some combine them all together.

As of writing this article CoinMarketCap shows us that there are 1575 cryptocurrencies with a total market cap of $351 billion.

What is the point of altcoins? 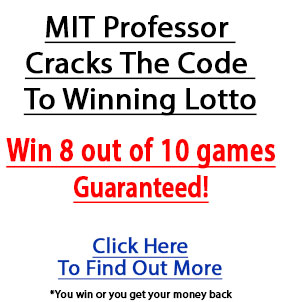